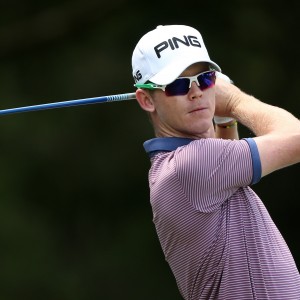 The 23 year old earned his spot in 'Africa's Major' when he became the second-youngest player in South African golf history after Charl Schwartzel to win the Sunshine Tour Order of Merit.

Stone, who claimed a second European Tour victory at this season's Alfred Dunhill Championship, is now looking forward to his second appearance at the Gary Player Country Club at Sun City from 9-12 November, having made his debut in the $7.5 million event last year.

"Cementing my spot in the Nedbank Golf Challenge hosted by Gary Player is an incredible achievement," he said. "It's 'Africa's Major' and it's always a big event for a South African player."

"The new format last year really took the event to another level and I think it will only keep growing. Under Keith Pelley the European Tour is doing some incredible things."

"This new Rolex Series is opening a lot of doors for young players like myself to build their World Ranking points and climb the Official World Golf Ranking. And the Nedbank Golf Challenge is in its rightful place at the moment as part of this series."

"Over the past few years you can see from certain players that there's a correlation between doing well in the Nedbank Golf Challenge and finding form soon thereafter."

"I think this year in particular is gong to be something special, and to have my name alongside the other participants for the week is going to be great."

Stone also said he's looking forward to mounting a strong challenge for the title as he seeks to build on what has already been an incredible start to his professional career on the European and Sunshine Tours.

"It is fantastic to have the Sunshine Tour Order of Merit title on my CV," he said. "To be honest, I didn't think it would happen so soon, and being 23 and having that on your CV is quite special."

"It was great to play in the Nedbank Golf Challenge last year, but I didn't play to the standards I would've liked. It was the first time I had been in the Final Series on the Race to Dubai, and I hope to build on the lessons that I learned last year."

"So while it's incredible having these things on your CV, I'm also focused on seeing what I can do from here on in."

Tickets for the 2017 Nedbank Golf Challenge hosted by Gary Player are on sale at http://www.ticketpros.co.za.

Adults will pay R100 for access on the practice and pro-am days on Tuesday 7 November and Wednesday 8 November, after which the cost will be R200 on Thursday 9 November and Friday 10 November, and R220 on Saturday 11 November and Sunday 12 November.