Texas Hold'em is called a "community card" poker game, the players each receive two cards face down and then make use of five "community" cards which the dealer puts face up in the centre of the table.

The object is to make the best five card poker hand, the winning hand will be the highest ranking five card hand consisting of any five card combination from the five community cards and the player's two hole cards. The player's hole cards do not need to be included in the combination.

The best hand will win the pot which is made up of all the money bet by all the players in the game. After a winner(s) has been determined the casino will then deduct the compensation from the pot then another hand will commence. The game is generally played between two to ten players on one table with a casino dealer. ​​

The winning hand will be the highest ranking five card hand in the order of Poker Hands for a 52 card deck in descending order is as follows. 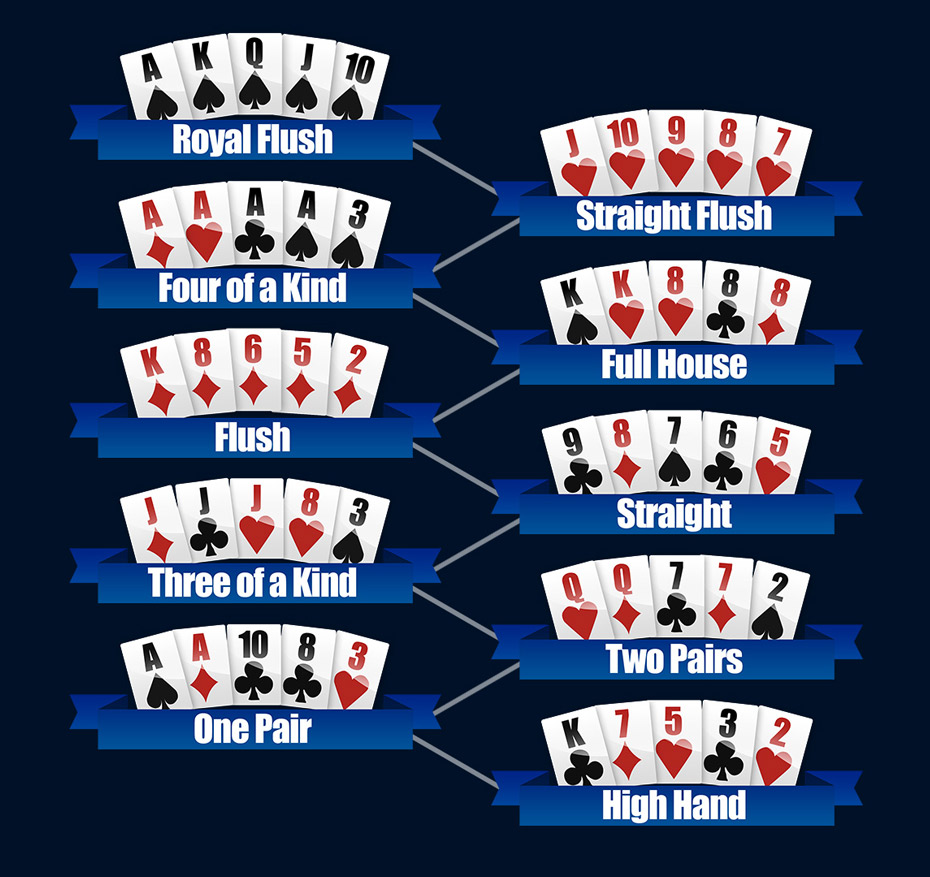