Lee-Anne Pace, Ashleigh Buhai and Nicole Garcia with caddie Charles Mamoedi from South Africa in action during the first round of the Chase to the Investec Cup Final at Millvale Private Retreat | Photo by Sunshine Ladies Tour

Her driver might be broken, but there was nothing broken in the way Lee-Anne Pace’s took advantage of her familiarity with the Millvale Private Retreat layout to keep her hopes of a fourth Chase to the Investec Cup for Ladies title alive in the first round of the Sunshine Ladies Tour season-finale on Friday.

Lejan Lewthwaite carded a one over 73 in her debut appearance at Millvale to share fourth spot with compatriot Kim Williams, Nobuhle Dlamini from Swaziland and Namibian Bonita Bredenhann.

The Englishwomen was two over player the last, but an unfortunate double bogey at the par four 18th saw her slip to ninth overall at four over.

Pace flew back from the HSBC Women’s Champions on Monday and discover that the head of her driver had snapped off during the flight from Singapore on Tuesday morning.

Since a replacement was unavailable at short notice, she had to settle for a hurriedly fashioned MP2 TaylorMade driver. Pace only found seven fairways, but made the most of a very dependable iron game and knowing where to hit it and miss it at the 5 535 metre layout.

“Luckily I know the course very well and I was able to put myself in good spots around the course,” said the Investec Property player, who notched three birdies on the front nine.

A birdie pair after the turn took her well clear of Garcia and Simon, but she lost the advantage with back-to-back bogeys at 13 and 14. “My ball was against the cuff of the green at 13 and I came down too hard and ended up three-putting,” said the LPGA Tour winner.

“The tee at 14 is usually set forward, but it was well back today. I hit what I thought was a stunning three-wood down the middle of the fairway and the ball hit a tree that has never been in play.

“I never noticed the tree before. The ball was right behind the tree and I had to punch out and ended up giving another shot back. I was happy to hole a three-footer at 17 for birdie, because Nicole and Ashleigh are both playing some solid golf at the moment. Any kind of lead is the good.”

Pace won the first two editions of the Investec Cup Final and the Chase to the Investec Cup for Ladies three successive years since the Sunshine Ladies Tour launched in 2014. Having amassed only 1 280 points in five starts, Simon, Garcia, Williams and Matharu all have to fall out of the top five for her to make it four in a row.

“That hardly seems feasible, but I always play to win and at this stage, I’m playing for the R100 000 winner-takes-all prize for the final,” she said.

Buhai, a two-time winner this season, was pleased with her first round effort.

“I didn’t have any fireworks, but it was a solid effort and I only dropped one shot all day,” said Buhai, who pushed her Sunshine Ladies Tour winning tally to six this season with victories in the Cape Town Ladies Open and Sun International Ladies Challenge.

“The course is absolutely pristine and the greens are rolling so true and fast. I hit it nice from tee to green, but I left a few putts out there, so hopefully I can get the short stick going on the weekend.”

It was an up and down day for Dimension Data Ladies Challenge winner Garcia.

She reversed a bogey start with a birdie at the second, collected another birdie at four but dropped two shots at the par five seventh. A third gain took her to the turn in one over.

“Walking to 10 I thought it would be really nice to go birdie-birdie-birdie and I did,” laughed the 2017. “It took just three holes and a little positive energy to gain some momentum again. I made one birdie at 15, but I was able to keep a clean card all the way through to keep myself in the mix.” 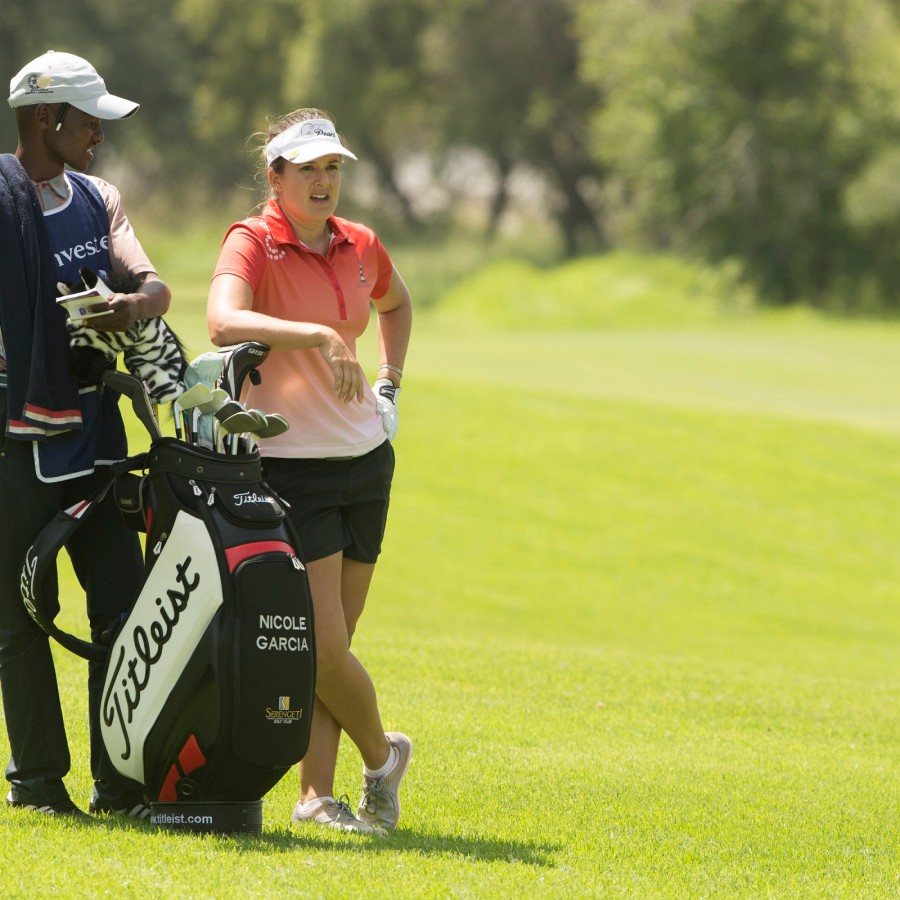 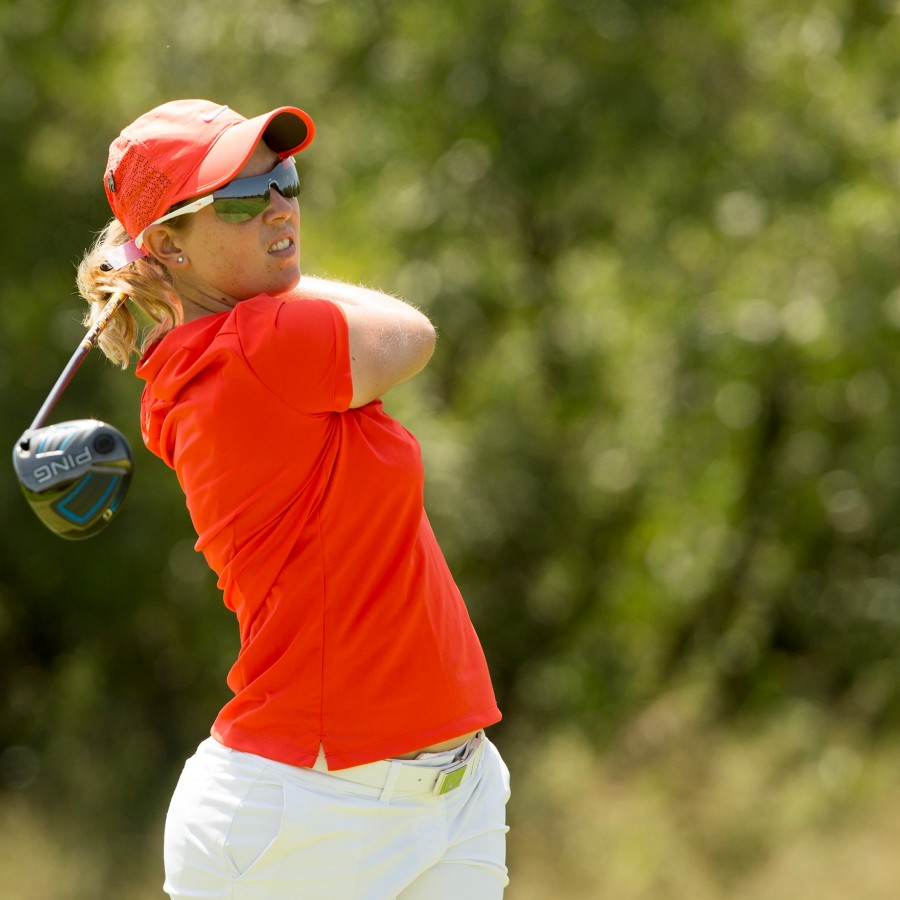