Golf icon Gary Player is a giant when it comes to charity golf events in South Africa. He has extended himself beyond the realm of greens and golf, with his success allowing him to lend a helping hand to millions of children through The Player Foundation. The Gary Player Invitational is a global charity fundraiser. The series is presented by Black Knight International and The Player Foundation, and aims to raise $100 million for charity.

The Gary Player Invitational presented by Coca-Cola is played a little differently than conventional golf tournaments. The emhpasis is on Golf and Giving with the goal of raising as much money for charity as possible, and the golf is played in a fun and relaxed atmosphere. Teams comprise two top business people, a celebrity and a professional golfer. Each team competes in the 36-hole tournament, with each member contributing to the final result. The team with the best score is declared the winner. The fact that one of the amateurs could be the player to make the winning putt makes it one of the most unique charity golf events in South Africa.

What is truly impressive about The Player Foundation is that through its various initiatives, including one of the most prestigious charity golf events in South Africa, it has already raised $63 million towards its target. Now in its 18th year, the South African leg of the Gary Player Invitational 2017 will be taking place at Sun City and will be played on the award-winning Lost City Golf Course, designed by Gary Player.

History of the Gary Player Invitational 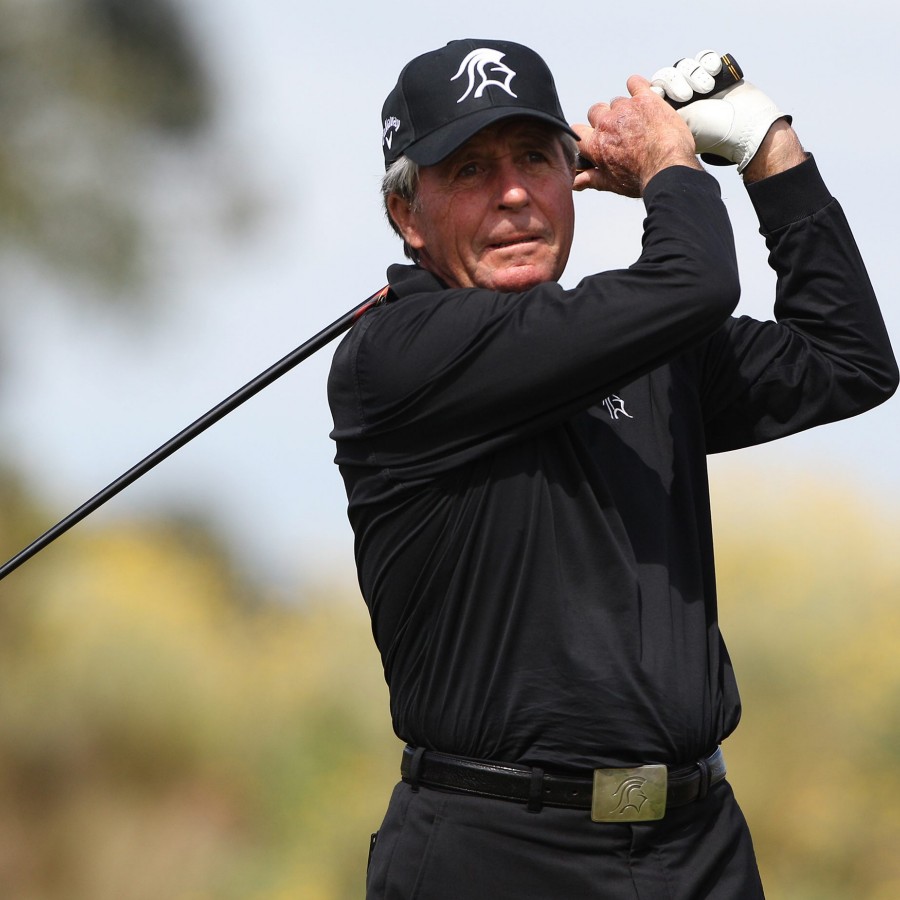 As he approached the final hole of the 1962 U.S. Open Championship, a disappointed Gary Player said to Joe Dey, Executive Director of the United States Golf Association, after he finished sixth, "Had I won, Joe, I planned on giving the prize money to charity. But let's keep that a secret. One day I shall win, and turn back the money to a good cause. That is a promise."

The Player Foundation is funded by grants, donors, other events and by the Gary Player Invitational – the world’s leading charity golf series staged by Black Knight International, pairing celebrities and professional golfers from both the women’s and men’s tours with businessmen and recognised sports figures. The annual tournaments are staged in the United Kingdom, United States, Abu Dhabi, Japan, China and South Africa with the proceeds of these tournaments and other special events providing funds for an ever-expanding number of institutions, bringing hope, help, and healing to those in need around the world. The impact of the 2017 Gary Player Invitational global series will support:

The expansion for Wildlands as the support of The Player Foundation has also enabled the establishment of the organisation’s recycling project in Colesberg, as well as the significant growth of their recycling operations in the greater Durban area which will result in the improvement of hundreds of waste-preneurs’ lives.

Wings and Wishes could provide 1 570 transport tickets to sick children, with the organisation’s reach expanding from the Eastern Cape of South Africa to other impoverished areas in eight of the country’s nine provinces.


The Player Foundation has been instrumental in providing the children at the Blair Atholl School in Johannesburg not only with educational programmes, but also medical care, a feeding scheme, recreational facilities and transport services. The school has flourished with this care, becoming self-sufficient. What’s more, the pupils are encouraged to take up golf, thanks to a partnership with The World of Golf in Johannesburg.

Depaul’s mission is to end homelessness and change the lives of those affected by it. Depaul supports some of the most disadvantaged young people in the UK, providing emergency overnight and longer term supported accommodation for more thanover 3 ,500 young people every year who face the terrible prospect of being homeless. The funds raised from the Gary Player Invitational at Wentworth will help to support more than 200 vulnerable young homeless people living for up to two years within Depaul’s London supported hostels.

The aim of the Zayed Higher Organization for Humanitarian Care and Special Needs. The aim of ZHO is to improve the lives of individuals with special needs, in the UAE, by encouraging the benefits of sport, health and wellness.


Support Our Kids aids the nurturing and fostering of the children who were affected by the Tohoku Great East Japan Earthquake in 2011. The aim of the programme is to restore the future of the Tohoku area in Japan by enrolling destitute youth into an overseas homestay programme after seeing the growth and upliftment of children who had taken part of the inaugural homestay exercise in New Zealand. Since then, and with the help of The Player Foundation, the homestay programme has totalled 342 participants in ten countries.

The Chinese Foundation for the Prevention of STDs and Aids

The Chinese Foundation for the Prevention of STDs and Aids has an overwhelming issue to deal with. Baoshan City in Yunnan province, China, has become notorious for drugs and prostitution, particularly as it is near the China-Burma border. The combination of addicts and sex workers has resulted in an Aids pandemic, with the devastating knock-on effect of leaving scores of children orphaned. Identifying the need for assistance, the Gary Player Invitational in China has chosen the foundation to benefit from the charity golf event.

Beneficiaries include the First Tee of America, CESA sports scholarships, Give to Colombia, and numerous other schools throughout the USA. The CESA financial aid programme directly allowed 126 children to play soccer and 243 coaches to educate over 2 000 players from age of 4 through 19 years old.

Christel House is committed to helping children across the globe step out of poverty and carve a new life for themselves by giving back to society. The Player Foundation helped Christel House by creating a global charity golf tournament, which took place on 14 June 2004 on 20 golf courses, in 11 different countries, on five continents. This event raised funds for Christel House and the winning foursome competed in the new World Championship event from 30-31 August 2004 at the Westin Mission Hills Resort in California.

Situated in West Palm Beach, Florida, Pleasant City school was struggling to fight back against violence, crime and drugs. Thanks to the unwavering commitment of staff to turn its bad reputation around by providing quality education, The Player Foundation adopted the school in 2005.

The goal of The Player Foundation

While there’s plenty of fun to be had for participants in the Gary Player Invitational 2017, their goal is taken very seriously. For each of the six events, The Player Foundation selects six beneficiaries in the countries where the tournament takes place to receive funding. The Player Foundation has set their sights high: their aim is to hit their target of $100 million by 2025. With $63 million already raised in funding, partly through charity golf events in South Africa, they are chasing another $37 million by 2025.

Who will be taking part in the Gary Player Invitational 2017? 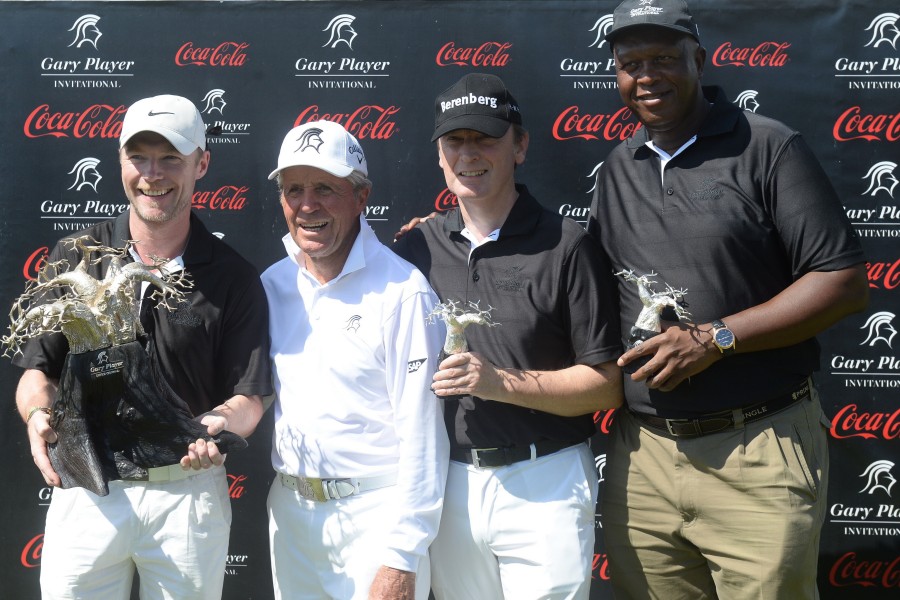 What does the future hold? 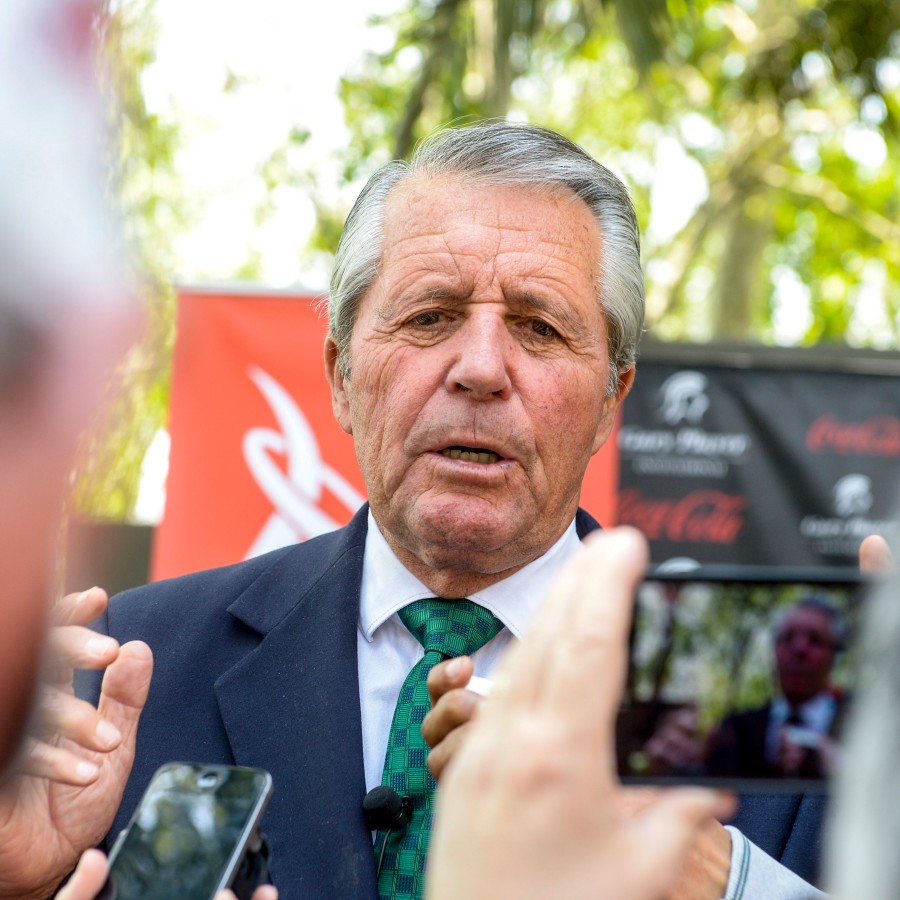 The Player Foundation isn't about to sit on its laurels. While the goal of raising $100 million for charity is laudable, the foundation plans to continue expanding its charity strategies. The Player Foundation will continue to empower impoverished communities and bring hope and help to children in need.

Want to get involved? You can donate to The Player Foundation here. Stay tuned to our social media channels for more information on the Gary Player Invitational 2017.